Take two people going for interviews for a job, both have all the right credentials and experience for the role.  One of them approaches their interview from the perspective that it’s completely down to their performance as to whether they get the job or not.  They will choose how to present and project themselves and they will take 100% responsibility for their result.  They feel pretty confident and in control.

The other person is approaching their interview differently – from the perspective that they’ll do the best they can, but ultimately it’s down to the interviewer’s opinion of them and the other candidates’ performance against theirs.  They feel they have little control over the outcome, which makes them pretty nervous, and they believe that interview situations never bring out the best in them, so why should this one be any different?

Which one is more likely to be successful?  In my experience that would be the first person.  A clear example of being ‘at cause’. 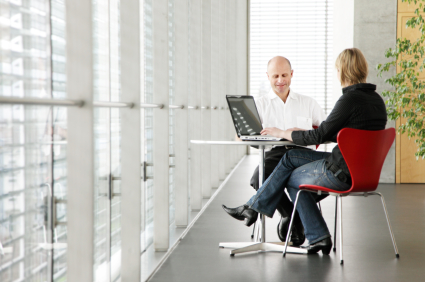 We know that a cause is something that makes something else happen.  So when we’re talking about living at cause, it’s all about causing things to happen, making choices, taking action and full responsibility.  Notice the position of power this puts you in  .

On the other side of the equation, an effect is what happens because of the cause.  So living on the effect side means having things happen to us, living with excuses and reasons why something couldn’t be, the choice and responsibility is ‘taken’ out of our hands.  It’s a feeling of powerlessness and of being the victim, in many cases.

Think about people you know at each side of the equation.  Firstly those people around you who know that if they want to do something, they will do it.  They make their decision, they choose their approach and they keep going until they achieve what they wanted.  If something isn’t working, they find another way and make it work, taking full responsibility for their goal and whatever happens on the way.  They choose to have their result.

Think about people you know on the effect side.  In situations where they want something, but see themselves at the whim of others as to whether they get it.  Setbacks are almost expected and they allow them to be setbacks.  Everything is down to outside influences, they blame others and feel powerless.  They end up with a bunch of excuses and not their result.

The interesting thing is that people on either side of the equation, whether at cause or effect, will each walk away patting themselves on the back.  Why?  Well, of course, the ‘at cause’ group chose to have their result and they got it.  While for the ‘at effect’ people it was completely out of their hands right from the start.  They found  a reason (excuse?) why they couldn’t have their result and walked away saying “see, I knew it wouldn’t work”.  Either way they were right.

So the question to you really should be – not which side do you live at, but which side do you want to live at?  Cause or effect?  The key point here is that at any given moment, you have the choice. You either allow what’s happening to affect you and hold on to your excuses.  Or you take full responsibility for what is going on and choose to get your result.  I know which I choose!

Try this… put yourself back at Cause!

Want to know the one question that can pull you out of that powerless feeling of being ‘at effect’?

How have I chosen to create this right now?

It’s that simple.  In any situation, if you can stop, ask that question of yourself and accept that no matter how much you want to answer it with “well, actually, I didn’t create this”… you did. If you can accept 100% responsibility for what’s going on, you put yourself at cause and you immediately grant yourself the power to change it.

The next chance you get, try this.  I would love to know what result you get.

I am shocked at the amount of disrespect there is for people of all ages by those who are deemed ‘professionals’.

My eyes were opened to several incidents of disrespect when I was in a public waiting area awaiting being collected to go to a meeting.

The first incident went as follows:

A teenage boy was waiting for the ‘professional’ he had an appointment with to arrive.  He waited for almost twenty minutes before she arrived.  No apologies. She just said ‘We’ve got a meeting, let’s find a room’.  Then spent several minutes trying to find somewhere for this meeting to occur.

The second incident went as follows:

Eventually the ‘professional’ arrived.  No apologies for being late.  Same as before trying to find a room, going up and down a corridor. 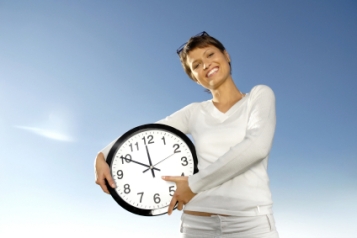 This to me is total disrespect for the teenagers who have made the effort to get to their appointments on time.  They are ready for the meetings, but the ‘professionals’ appear to have no respect for the young people.

I was waiting to go to a meeting I had been invited to which was due to start at 10am.  I arrived early and waited.  The receptionist rang whoever was in charge of the meeting to let them know I was there.  I waited for over twenty minutes and then told the receptionist that I was going since nobody had collected me and I was disappointed with the way I was being ignored.

I received an email from the notetaker of the meeting later on in the day informing me that I wasn’t on the list of people to attend the meeting, despite having been invited to the meeting.

Again, I feel there is disrespect at play here.  It seems that as I am not regarded as a ‘professional’ I am not worthy of being included their meeting.

All these incidents occurred within a very short space of time.  I am totally shocked that in this day and age people behave in this way.  There is no need to be so disrespectful of yourself, your job and the people you are there to help.  If you don’t like the job you are doing then why are you doing it?  Find something you do like doing and do it to the best of your ability.

I love my work. I am passionate about helping people to live the very best lives they can and work very hard to achieve that.  I work in a professional way and when I say I will be somewhere at a particular time, I am there, usually a few minutes before that time.

To be dismissive and not even apologise for being late is unacceptable behaviour. There will probably be the usual excuses of the traffic was bad, the bus was late, the dog escaped etc. That is blaming everyone and everything for your lateness, when in fact the only person who is responsible for you being late is you.  You are responsible for every aspect of your life, not anyone else.  If you are late it is because you didn’t allow enough time to get there. It is your responsibility to there, to be ready and to do your best for your clients. Being professional doesn’t just refer to your qualifications, it refers to your whole life.

If this resonates with you,  get in touch with me today. I would like to hear from you.

Take advantage of you and really look after yourself on this day. Turn the focus of your attention to you. Buy yourself something special, something you will really love and appreciate. It maybe something that you wouldn’t usually think of buying for yourself, but on this occasion it feels right to do it. Here are some more suggestions for you to feel special on this loving day:

Whatever it is you choose to do, whether it is on your own, with friends or with your children, make sure it is fun for you.

A great thing to do would be to wait until February 15th and then treat yourself to a heart-shaped box of chocolates at half price, or buy some flowers for yourself for half price.

Remember, it is just one day.  It will all be over in the morning.

Plan your life around yourself and learn to really love yourself again.  This will not only be fun and interesting, but loving yourself is the basis of beginning your new life as the new, confident you.

If this resonates with you,  get in touch with me today. I would like to hear from you.

In life you will meet many people. All are significant. They deserve your attention and care, even if all you do is smile and say “hello”.

A "How to Thrive" Guide After Divorce