I have been noticing my reactions both physically and mentally to a situation.

I was at a weekly networking breakfast and was collared by one of the members. Her husband has applied to join the group and the rules state that only one type of each profession is permitted, and no direct competition – although there are a few businesses that cross over but offer slightly different services. Her husband is a trainer and covers a lot of what I do, so I objected on those grounds. I don’t even know the man, so I have nothing against him personally. 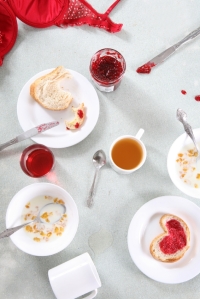 Well she had printed out copies of her husband’s website and copies of mine and circled bits and pieces and told me, in no uncertain terms, that I had made a mistake and that I should go away and read these pages and come to a different decision. Not the greatest thing to be greeted with as soon as I arrived at the meeting at 06.50! I told her I would read them.

I did read the pages that had been printed out. I did not however change my mind. I wrote to the chairman of the group as follows:

‘I was very disappointed with the behaviour of this person this morning and found her attitude and bully boy tactics to be totally uncalled for. Having said that I have read through the printouts of the website that were thrust into my hand and I am still of the same opinion.

There are many things that the applicant does that I do. For instance Motivation, Dealing with Personal Stress, Mentoring, Train the Trainer, People Management, Leadership, Facilitation, Customer Care. So I am still not happy with this businesses joining our group as it will be in direct competition with me.’

Having written this email I noticed how I was feeling again. I sat and took real notice. I felt calm and collected, no longer frustrated or annoyed and I wasn’t upset any longer. It feels right to me, and I know that I am right. I object to being treated in this manner, but I am sending thoughts of love to her and shall treat her in the same way as always.

I know that I have made a huge leap here in my personal growth in noticing my feelings and emotions and acting and not reacting to them.

I only wish I had known how to do this when I was going through divorce and the aftermath of divorce.  It would have been so much easier for me.

I have some availability for coaching clients, we just need to fix some dates if and when you want to get started. Get in touch today.

Creedence – Confidence for You

I am working with my fabulous coach Heather Williams  and I have discovered I have a block. I can’t express my emotions or feel my feelings in a way that I feel is right for me. Having been brought up from a very early age to not show anger and not allowed to show emotions it has become a habit which it is now time to break. I am working on unblocking my emotions and feeling my feelings.

Heather has given me an exercise to do to work on one emotion at a time and I began with fear.

here is the exercise that Heather gave me:

Draw a doorway with the door ajar. Behind the door is your emotions. Imagine standing with your hand on the doorknob about to push or pull it right open.
What emotion would come flying out first? Write down 1 emotion you want to work on.
Imagine what you feel. Go back to a time when you felt that emotion. How it affects the body and mind, heart – feel it physically. Try and get in touch with the emotions and feelings. Write about what happens.

here is what I wrote about this experience.

The first emotion would be fear – fear of what is behind the door.

How does fear feel to me?

I remember being about 8 years old. I had been to a party for a school friend’s birthday. I had been taken to the party by my mum in the daylight. I know it wasn’t far from home, about 15 minutes by foot. The party was over and one of the parents collecting their child had a car and they said they would take me home. It was dark by now. I had never been allowed out of my street on my own, and I had no sense of direction. The person driving the car looked at me and asked me where I lived and I told her the address. She started the car and we drove around for a little while, about 5 minutes I suppose, she then asked me where the road was that I lived in, were we near it? I had no idea whatsoever as it was dark, I was small and could barely see out of the window of the car. She said I must know where I lived and where my road was. I was petrified that I would never get home and that she would think that I was stupid. I wasn’t stupid, it was just that I had no idea where home was and how to get to it. I remember starting to shake and shiver, and tears came into my eyes. I probably looked like a scared rabbit. Her child was in the car too and she was laughing at how I couldn’t find my own house. They didn’t realise that I had not be allowed out by myself anywhere and had no notion of how to get home.
I remember being frightened and embarrassed at the same time. We eventually got home and my mum said thank you to whoever it was driving and they explained that I didn’t know the way and then everyone was told that I had no sense of direction and therefore I couldn’t be let out on my own. So apparently it was my fault or so I thought at the time.

So fear to me sweaty palms, more rapid breathing, sometimes shaking and frequently the feeling that I need to wee, even though I know I don’t. I begin to feel unsure of myself and that just increases the fear and those symptoms just increase.

After doing this and sending it by email to Heather we had a chat about it via Skype – I am in UK and Heather is in Australia. So it was 7am BST and 4pm in Australia. Heather commented that she was pleased that I had written about the effects of the fear and that she felt I had connected.

This is a huge breakthrough for me. Thank you Heather. I am feeling my feelings and unblocking and expressing my emotions and loving it all.

How does fear feel to you? I know there are many other occasions when I felt fear, when I was being emotionally and psychologically abused by my first husband, going through divorce, the aftermath of divorce.

Does any of this resonate with you? Want to coach with me? Get in touch today.

Each person deserves a day away in which no problems are confronted, no solutions searched for. – Maya Angelou

Rather than trying to "get over it," perhaps we can learn from it