You are constantly barraged, from the minute you open your eyes and ears in the morning until the minute you close your eyes and ears at night, with information – facts and figures, fiction, half-truths, music, news, stories, half-heard conversations, pictures and images. This information comes from parents, siblings, relatives, newspapers, magazines, school, college, university, colleagues, television, radio, advertising posters, books, magazines, films, fellow passengers, articles – the list is endless.  And this has been happening since the day you were born.

You would be surprised at how much information you absorb each week.

To prove just how much information you absorb each week and from how many sources, make a list of all the publications you read, the television programmes you regularly watch, the newspapers you subscribe to, the radio broadcasts you listen to and so on.

Are you surprised at the length of your list?

How much of that information that you have listed do you think is having a positive effect on your life? Make a note in your notebook.

How much do you think is having a negative effect on your life? Again, make a note.

I bet the second list is far longer than the first.

Think about it, you see a poster flash by you and the information on that poster is absorbed into your mind in an instant.   You may not even have realised that the information has been registered.  So what you believe today could be entirely based on something you read on that poster this morning.  Alternatively your beliefs could be based on something that is hidden deep down in your subconscious mind that you thought you had forgotten about, but in actual fact it has been lurking there for many years, thanks to your subconscious mind.

Well let’s take an example – it is possible that when you started infant school you could have been told by your very first teacher, when you were just five years old, that you would find it difficult to keep up with your school work because, at the grand old age of five, you couldn’t sit still for more than ten minutes, and therefore you were perceived as not paying attention.  Although we all know that it is possible for you to have been walking around and still listening to the teacher.  That teacher labelled you, at that very young age, as non-attentive.  Now this belief has been stored away in your subconscious mind for many years, whether you realise it or not, and it is quite possible that, because of this stored information, you did find it difficult to keep up. You were told it, you believed it and you made it a reality.

But what if that teacher had known that because you were only five years old it was entirely possible that you could listen as well as fidget, and that teacher had never made the negative comment in the first place?  Your subconscious mind would not have been able to store that information away for many years because it would have been totally unaware.  Would you have even thought that you couldn’t keep up with the school work?  And would it have become a reality?  I think not.

What if you had been told by that same teacher, when you were the grand old age of five, that you were very talented and that you would have absolutely no trouble at all learning?  Would your reality have been different? 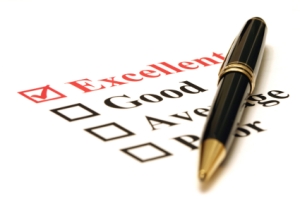 Yes it would!  You would have found it easy to keep up with your schoolwork because you believed that you were talented and had no trouble learning and therefore your reality would have been totally different.

So whether you like to believe it or not, your subconscious mind rules your reality.

Maggie’s note:  I was told when I was at school, at the ripe old age of eleven, that I was average and would never be clever and that I would be better off going to a comprehensive school rather than a high school, as I probably wouldn’t be able to keep up with the work.  I was sent to a private school, all girls, because my parents didn’t want me to go to a comprehensive school (what would the neighbours think?) and left at age 16 with excellent exam passes in commerce, typewriting, shorthand, office arithmetic, accounts, office practice and English.  I started work as a shorthand typist with a large insurance company in London and within four years was a personal secretary for a department head and supervisor of the typing pool.  I wasn’t average at all, but my teachers had assessed me as average.

Does this resonate with you? What are your experiences where you have been labelled?

6 thoughts on “Are you really conscious of your thoughts?”

Each person deserves a day away in which no problems are confronted, no solutions searched for. – Maya Angelou

Rather than trying to "get over it," perhaps we can learn from it